Episode 015: From the Mouth of a 10 Year Old: How to Help Your Children Feel Safe and Other Surprises, A Father and Son Chat with Gabriel Smolkin 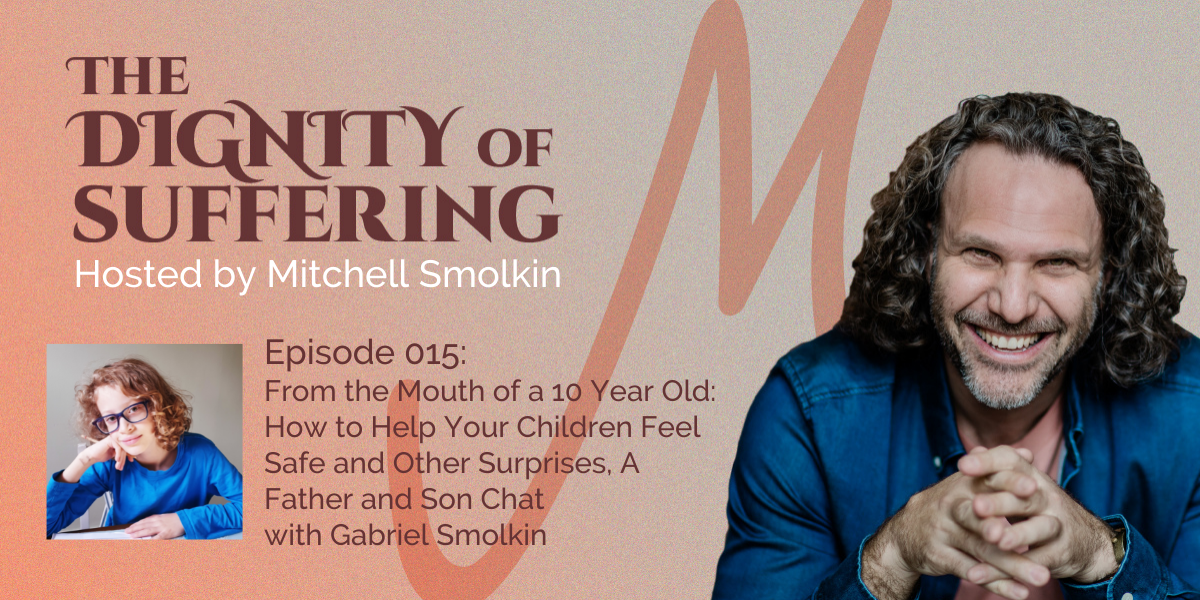 Today, I decided to do an interview with my son Gabriel, who is 10 years old. I speak a lot in the podcast about him. It is never intended to suggest that somehow I know better but it feels more honest to open up about my experiences than always speak about clinical or hypothetical situations.

The discussion with him was very moving for me. He opened up about parts of our relationship that I never knew and, as you’ll hear, he also shared with me some hurt that I caused him that I was aware of but that I hadn’t quite appreciated in terms of how he dealt with it.

My hope in bringing him onto the podcast was to offer a first-hand experience from a child talking about what helps him and his friends feel safe. He was really excited afterwards, and talked about how much fun it was. That warmed my heart as I didn’t want him to feel co-opted in any way.

As a preamble to our discussion, I wanted to perhaps speak a bit more technically about why it is important to go into the trenches as much as possible with our emotions, especially in relationships, because the neuroscience that supports it is clear and I believe very helpful.

From the minute a child is conceived, the organism begins to organize itself around its environment. The reason that there’s so much focus primarily on the first three years of life is because the foundation of the nervous system is being laid down. Trillions of neurons are being paired together and the maxim “neurons that fire together wire together” is never more true in the human being’s life. During this development, a chronic maladaptation can emerge. Just like someone writing software, the pre-verbal child’s nervous system is literally adapting and responding to the emotional valence of the environment, encoding it, and it’s one of the key tools that the human being consistently relies on throughout their lifespan. Those tools are the primitive responses to emotions that the child has at their disposal, which, in the beginning, are primarily in the reptilian brain and increasingly in the limbic and the neocortex systems which take about 30 years to grow.

This is why there is such a high precedence of distress in romantic relationships after children are born. The higher-order mammal (the parent) is in the soup with a child who is mimicking basic emotions that are reminding the adult nervous system, quite unconsciously, of feeling states that may have not been touched in decades or may have never acquired language. When we talk about symbolizing a child’s behavior and responses, this is literally the act of using the fully developed adult brain of the parent to interpret the more primitive responses of the child.

Having Gabriel on my podcast today is an example of this where I am using a meta-process of analysis (which is this podcast) and hopefully synthesizing and thinking through with him more basic and younger responses to situations. That is why you’ll hear me at times being quiet and restrained when he’s sharing something, even if I have a more adult response to it; I hopefully understood that it was important for his voice to have oxygen and for him to feel fully heard. So, without further ado, enjoy my conversation with Gabriel.