Episode 3: The Art of Suffering: A Closer Look at Buddhism’s Contributions to Our Relationship with Strife, an Interview with Assistant Professor of Philosophy Dr. Sean Smith 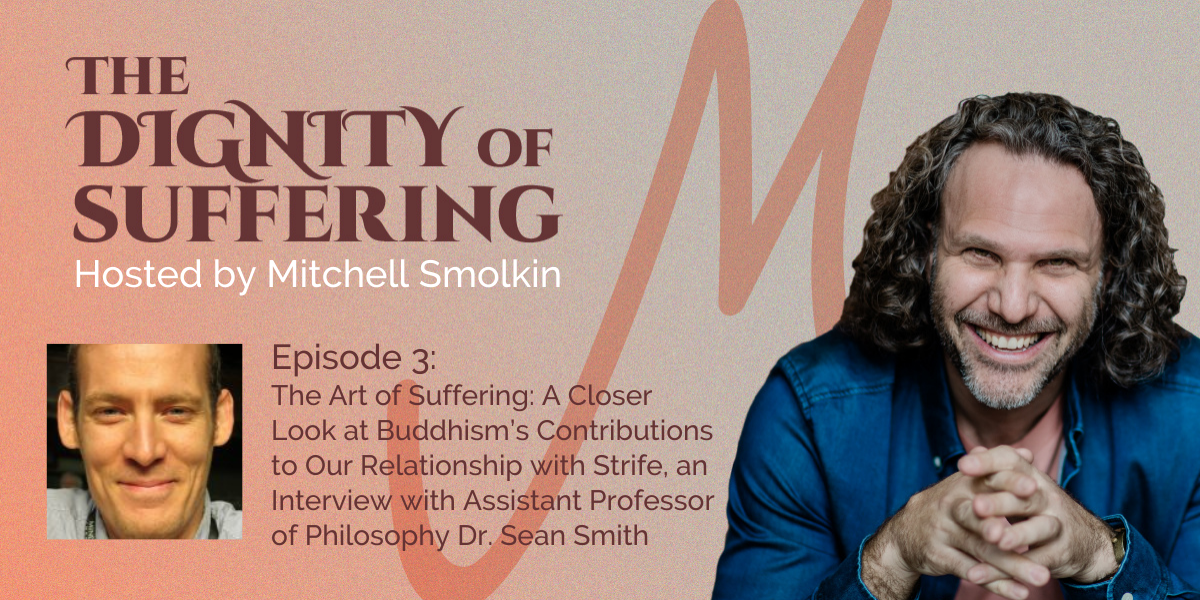 I thought it was important to take a closer look at the notion of suffering, particularly from the point of view of Buddhist thought, as many of the tenets and practices of Buddhism have progressively entered the Western popular imagination.

I found myself reflecting on what must be a misconception and oversimplification of Buddhist thought in the idea that “Life is Suffering.” Upon further investigation, this is a quote erroneously attributed to the Buddha.

As a result of wanting to explore this further, I was inspired to reach out to an old friend. Dr. Sean Smith is now an Assistant Professor of Philosophy and I knew that he would have strong opinions on the matter. I also believed that our conversation would lead to an interesting exploration of the notion of suffering in general.

Sean did not disappoint. In our conversation, we delve into multiple facets of the art of suffering. We talk about the clinical issue I often face: the aversion to pain and the fierce resistance to the idea that suffering, sadness, and disappointment are normal parts of life. Tune in to hear all about this and more.