Episode 033: Beginnings, Middles, and Ends: The End Is Often the Hardest Part, So Let’s Make It Beautiful 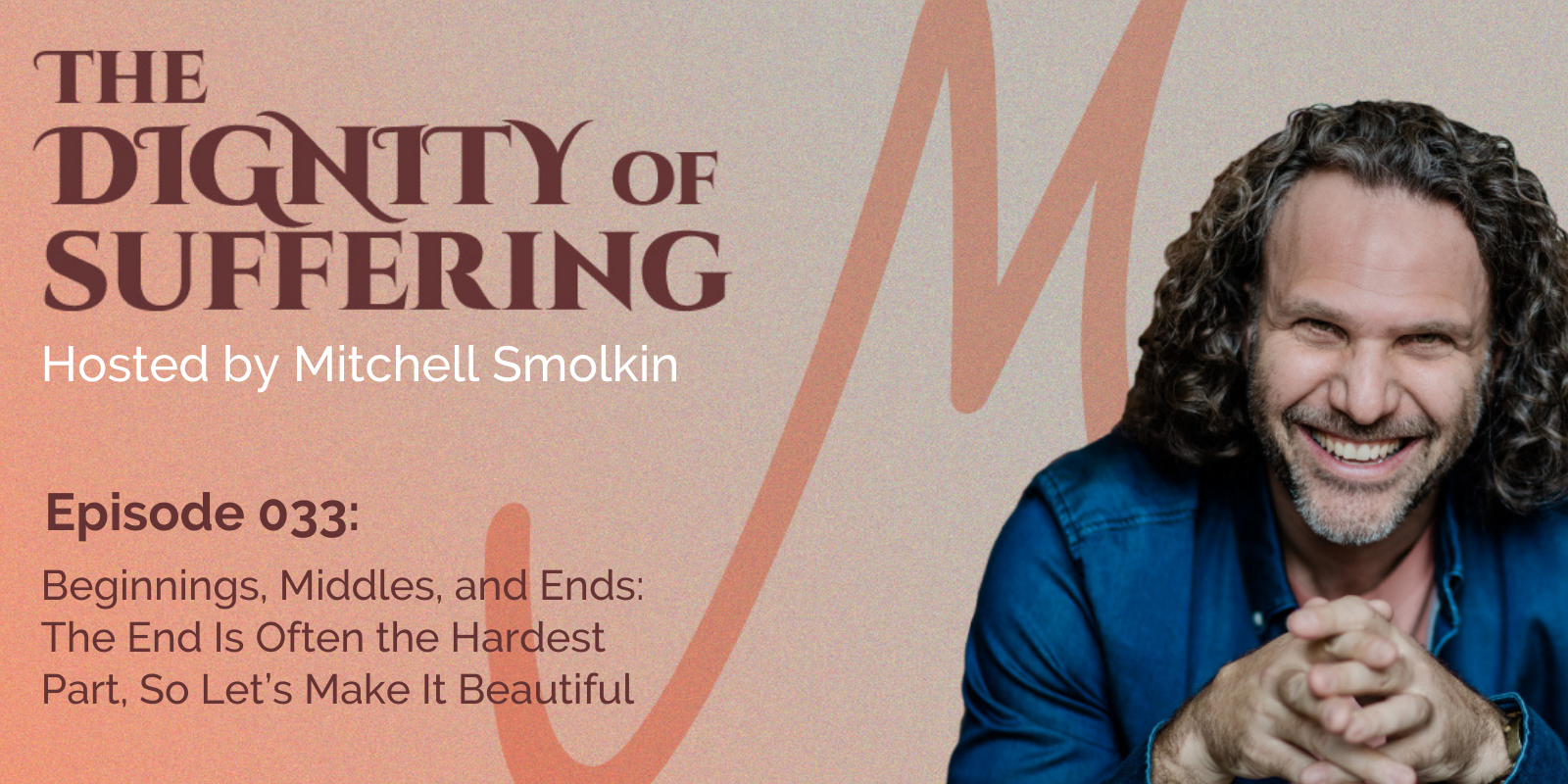 I once had the opportunity to meet the mayor of Alsace, a region in eastern France where the Alsatian language is pretty well dead. The mayor spoke to me about a book that he had written which talked about endings. He wanted to explore the idea of a beautiful end.

This idea of a beautiful end never left me. It has guided me in many parts of my life when I have decided to end certain careers or move on from certain jobs. It has always felt important to really pay attention to what was driving me and in many ways to block out other people’s perceptions and any kind of normative or collective ideas of what I should or shouldn’t do.

Today’s podcast in some ways will be about me deciding to pause the podcast, potentially end it for a while, and take some time to restore my creative energies.

Many of you will have heard of the quite famous Canadian analyst Marion Woodman. She passed away a few years ago but she was iconic. I was once sitting in one of her lectures and she said, “The greatest affront to the ego is the self.” In that sentence, she’s referring to the capital “S” self which was a concept of Carl Gustav Jung. The concept described the complete and whole repository of a human being. This included the unconscious parts of us that we can’t consciously access. The ego was often tethered to the self but could at various points in our life move away from or become dissociated from the self so that we sometimes come out of contact with this rich repository of who we are.

For me, this always connects with the Greek idea of Chronos and Kairos, Chronos being the time that we are aware of (such as looking at one’s watch and knowing that it is one in the afternoon) and Kairos representing a kind of other time that we are unaware of.

It also makes me think of Wolfgang Giegerich’s concept of the soul’s logical life: there is a kind of logic in our lives that confronts our conscious awareness. We may make decisions to do something, to go somewhere, to plan a trip, or to study a subject. We may think everything is going to go in a particular way and, as we know, life intervenes. There is that very cute expression that exists in many languages: “One thinks and God laughs.”

I know that in terms of building this podcast, bringing on guests that have really touched me, reaching out to you, and delving into subject areas that are very close to my heart, this is something that I have done out of love. But I can also tell that it has come to a natural end for now. There’s been a conflict there between an expectation that I set for myself and that others have had for me and an internal rhythm that is certainly demanding that I take a break. These moments (moments when you build something or have a particular architecture and other voices that are swimming around begin to grow in power and clarity and go against a conscious attempt in life) are quite unnerving.

So welcome to this year’s last installment as we head into the holiday season. Welcome to a podcast where I’ll take some time to open up with you, explore what it means to end things, and share some of my thoughts on why this is often the hardest thing but a very important thing that we must do.

If you enjoyed this episode, we’ve also created a PDF that has all of the key information for you from it. Just go to the episode page at https://mitchellsmolkin.com/podcast/ to download it.