Episode 7: Starting From Scratch with the Body and Trauma: Neurologist Stephen Porges’ Polyvagal Theory, an interview with Psychotherapist Justin Senseri 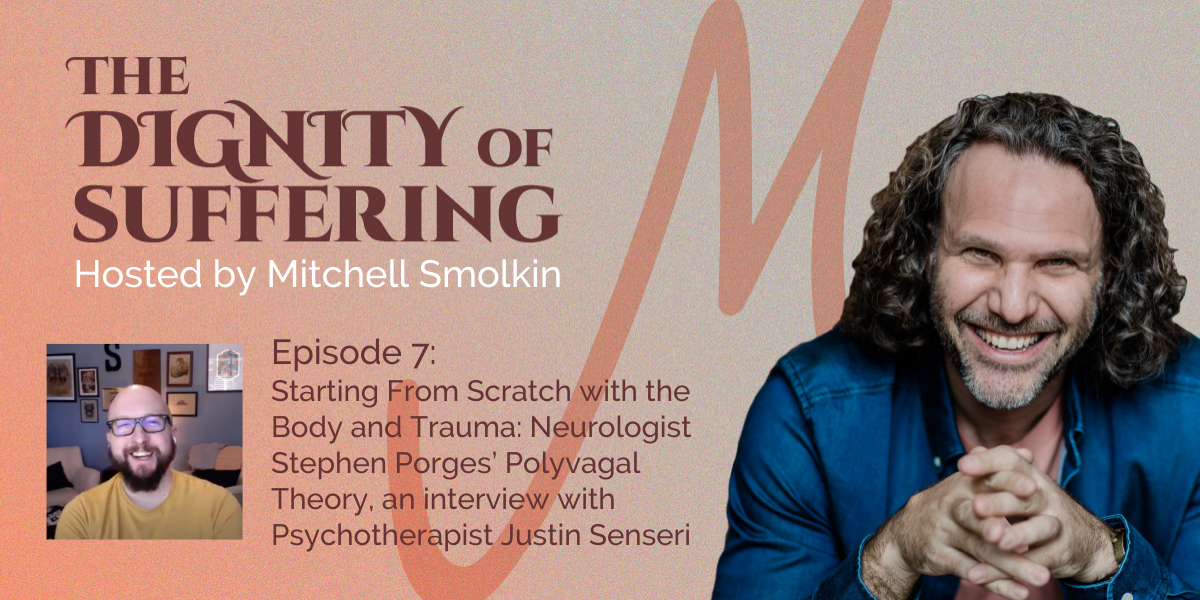 I am so intrigued by the human being’s ability to survive. One of the strongest examples of this in my life is that of my grandfather. He emerged from the Holocaust with his entire family gone and still went on to pursue his dreams. He became a dentist and eventually moved to Canada in 1962.

However, when he arrived in Canada, he had to recertify as a dentist. He attempted to do so by enrolling in the University of Toronto in their dentistry school. At this point, he had already survived World War 2, worked in the mines in Russia, and spent several years apart from his wife and child while he finished his original dentistry school. So when he didn’t pass the technical exam at the University of Toronto, he broke. This permeated the rest of his life.

The Polyvagal Theory zeroes in on what happens to individuals when they are overwhelmed and beaten down like my grandfather was. The founder, Stephen Porges, describes a core idea called interoception which is the perception of our inner world and the ability to be aware of and put language to what’s happening to us on an interior emotional and physical level. This is crucial to having close, deep relationships and fostering interpersonal understanding.

In this episode, Justin Senseri takes us on a tour of Porges’ theories. He gives us a fine explanation of some of the states our autonomic nervous system is capable of taking us, especially under threat. I was impressed with Justin’s candor about his process, his tenderness when working with teenagers, and his openness about what led him to this work. Awareness of our capacities to dissociate is crucial, especially to normalize them, as they relate directly to how we deal with difficult situations. Please enjoy our conversation on The Polyvagal Theory.