What Happens When We Increase the Vulnerability in Our Relationships 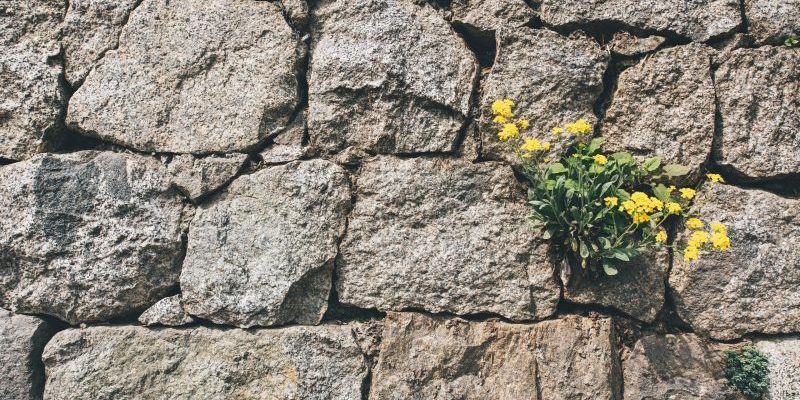 A few years ago, Julie began experiencing some strange symptoms. She felt extremely fatigued and she noticed that her eyelid would droop from time to time.

She brought her concerns to her partner, Ian, who is a physician, and like most of us in our relationships, he didn’t want to worry and suggested she focus on getting into shape and building her stamina. However, Julie was eventually diagnosed with Myasthenia Gravis, a long-term neuromuscular disease. This was a turning point in their lives and brought a whole new set of challenges, both emotional and physical.

I was introduced to Ian and Julie when I posted an article on LinkedIn about the dynamic that often emerges in couples where one of them is dealing with a chronic or terminal illness. In this situation, the caretaking partner often takes a stance where they don’t want to burden their partner with their concerns. However, the basic need to feel supported and seen eventually pushes through in the caretaker. This can show itself in suppressed resentment, fatigue, or a general feeling of being lost. If this goes on too long, the caretaker may get to a point where they say they don’t know if they’re in love anymore and, for this, they feel ashamed.

To solve this, the caretaker must learn to lean on their partner with their fears, everyday concerns, and needs. When they do so, the partner who is dealing with the illness often says they feel like a human being again because they feel seen as an equal.

Julie, a therapist in her own right, responded, sharing the relief that she felt to see their experience mirrored in the words that I wrote. She particularly resonated with the idea that the “healthier” partner tries to put on a front and protect the partner who is sick, and how that can breed distance and come across as a lack of empathy. Once I heard from her, I knew I had to invite them onto the show.

In this episode, the three of us have a heartfelt conversation on how Julie’s illness has affected their relationship. Let’s dive into their story and glean from their experience, important lessons on how we can all increase the vulnerability in our own relationships.

The illness that Julie was diagnosed with is called Myasthenia Gravis. A lot of people who have this illness just have ocular myasthenia gravis which consists of the drooping of their eyelids.

Julie, on the other hand, has generalized Myasthenia Gravis, so it affects her entire body. She’s in a wheelchair but can stand and walk a little. The biggest symptom for her is general involuntary muscle weakness.

This causes a lot of fatigue. Julie explains that she’s not just a little tired; she doesn’t have any strength anymore. Her cell phone even gets too heavy to hold.

As a result of Ian initially playing down the severity of some of Julie’s symptoms, she perceived Ian’s deep sense of care as perhaps coming from his guilt of not believing her in the first instance. However, Ian was surprised when the question of being motivated by guilt came up. He genuinely carries a lot of worry and pain and articulated how difficult it was to let in the fact that Julie has a serious disease because of how much he cares for her.

There is the additional layer that Ian is a physician. They do not have any neurologists where they live and Ian has only had two patients in his entire career with Myasthenia Gravis. This contributed to him slowly coming to the realization that she could be more severely ill, as it was both rare and scary to imagine she might be in great need.

One of the biggest impacts of Julie’s illness, which is a common development in many relationships, has been that it increases the demand on both partners to be vulnerable. In this case, because Ian has so successfully trained as a physician to take care of others and not show that he is scared, it can be difficult for Julie to know if he is impacted emotionally by her struggles.

Even before her illness, it was Ian’s nature to manage his fears privately. This is important for all of our survival and to be able to go to work, take the subway, and to feel put together; it was particularly prevalent in Ian’s constitution because he is a doctor.

For example, after Julie was diagnosed, Ian apologized for crying. However, Julie was encouraged by that. She needed to know he cared and the signals he sent her when he was overcome showed her that he did; it clearly demonstrated how important she was to him.

Since the initial display of despair, Ian still finds it hard to express his fears and worries. When he experiences these fragilities, he feels like he should manage them and not burden her as she is already dealing with so much. However, Julie notices and asks him about it.

The times when Ian can open up and let her in, Julie feels more settled as that is when she feels most connected with him. She expresses it in terms of  Ian being willing to be emotionally naked with her and it demonstrates to her that he cares and shifts the lens away from her being some sick person that he feels embarrassed by to her being an equal partner that he can lean on and derive support from. As a result, when she feels close to him, she can even forget that she is sick.

Moreover, what is so powerful about human intimacy, is how deeply we feel it in our bodies, and this is certainly true for Julie.

As a result of evolution and have to protect ourselves in myriad circumstances, especially when we hunted and gathered for our survival, we can often come across in a modern context as defensive and cerebral when we are actually in pain and in need of support. We want to maintain control and hide the chinks in our armor.

However, when we can tolerate the discomfort of being exposed, challenge the fears of getting hurt, and let loving others into our pain, our skin literally softens and our earlobes relax. All of a sudden, our bodies are less afraid, we are filled with hope and comfort, and we do not have to remain in a protective stance. The icing on the cake is that those that we have let in, can see how much we matter to them. This certainly was the case with Ian and Julie and it was an honor to witness that moment with them.If you want to hear more from Julie and Ian, check out Episode 005: Relationships and Illness: How To Increase Hope and Connection Through Vulnerability and Courage, An Interview With Just Such a Brave Couple.