Episode 016: Why Psychological Theory Changes & the Dangers of Oversimplification: Towards a Flexible and Humanistic Understanding of Ourselves 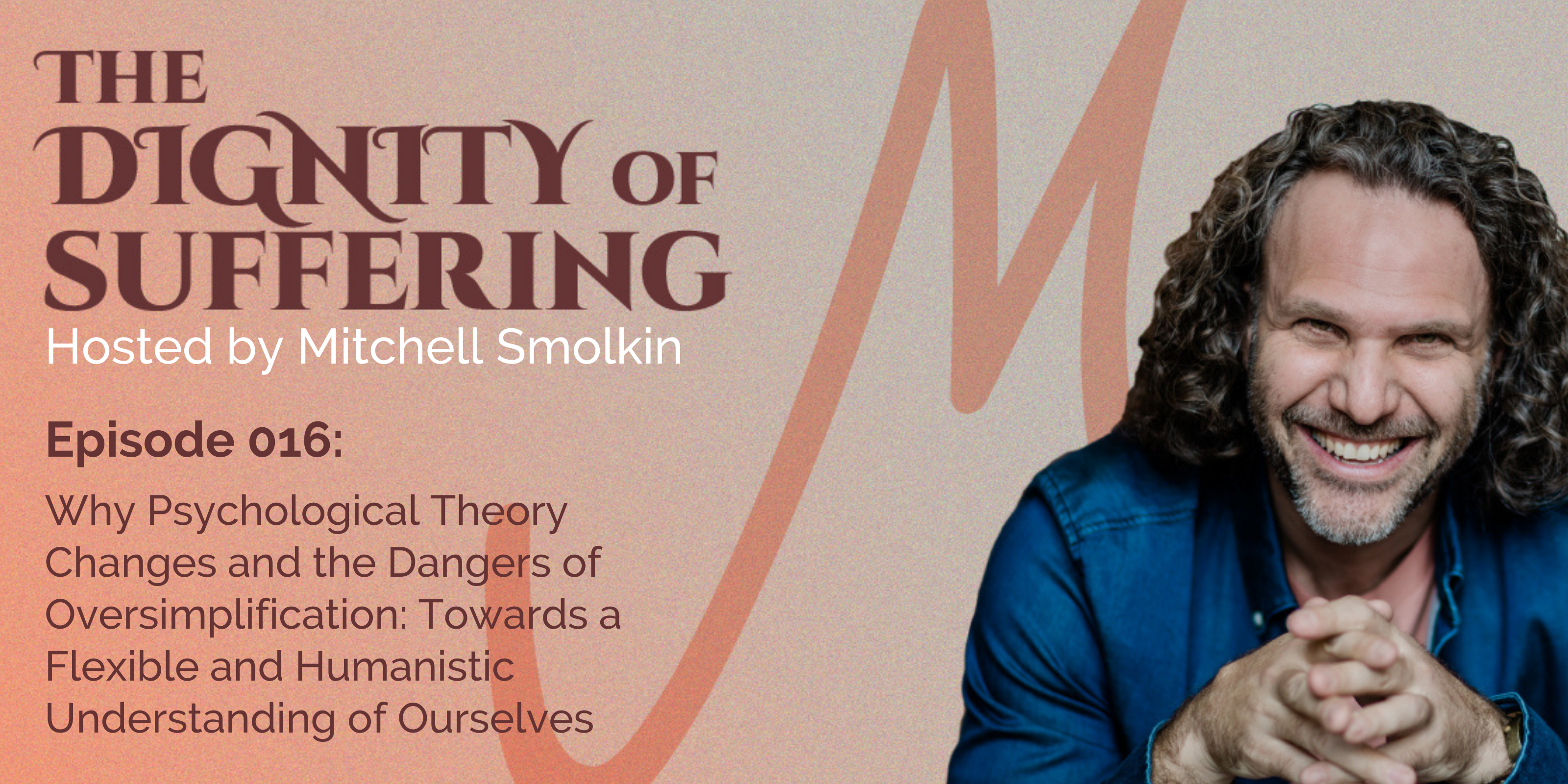 I spent the last little while focusing on parenting but at the same time, considering the theories in psychology that support our understanding of human development and how that can inform us as parents to either make decisions that shift our behaviour or to reflect on them with our children. In that light, It was really a great pleasure to have my son Gabriel on the podcast last week.

Today I wanted to share that clinically, in my practice and my thinking, I have found myself at times returning to some of the foundations of my own training. Something that scares me from time to time is the way that we can glom on to theoretical frameworks and forget that, actually, they form part of a moment in time.

For instance, attachment theory has become incredibly popular right now. And so when it comes to relationships and understanding ourselves, I see a tremendous amount of chatter about safe attachment, avoidant attachment, anxious attachment, mixed states. And if this means nothing to you, don’t worry about it. I’m just holding it up more as a mirror to the way that we, in various times in history, use theories and certain schemas to try to understand the human experience.

Carl Jung, the Swiss psychiatrist who I studied for many years, was the one who came up with psychological types, which informed a test that many of you are probably familiar with called the Myers-Briggs, which became the most popular corporate assessment tool for personality, at least in America, for many, many years. And what’s interesting is that these tools sort of get co-opted for productivity. So in the case of the Myers-Briggs, it was used to try to understand how to make teams work better together. If you discovered that certain people were extroverts and certain people were introverts and certain people led with their thinking functions as opposed to their feeling functions, then you might understand why there is friction in teams and people are not working as efficiently together as they can.

A huge piece, though, I think gets missed when we oversimplify and we label human behavior. With regard to the Myers-Briggs, one of Carl Jung’s most singular points was the fact that it wasn’t so much that you discover that somebody is an extrovert. That’s true and helpful if we understand that we tend to recharge and get energy by going out into public or making friends. But what Jung was really on about wasn’t just so much our dominant function. I believe that he was very interested in our inferior function, that is what is unconscious to us or what comes up in relationships that we project onto others, places we tend to ignore and that we have to put our focus on. And I believe somewhere he said that we play in the inferior function or magic happens in the inferior function, meaning when we can play around in our weaker muscles, that’s where growth happens.

But today, I wanted to go back a little bit to my thesis that I wrote, which in part was a history of psychiatry and psychology looking at how we’ve evolved from a more mystified and mythological framework to theories, such as even personality types or to go to a more contemporary idea (such as attachment and the way that that leans heavily on the neuroscience of emotion) but to talk about this with a certain flexibility so that all the time we are recognizing that theories, to a large extent, are cultural. I hope you enjoy my reflections on this topic.