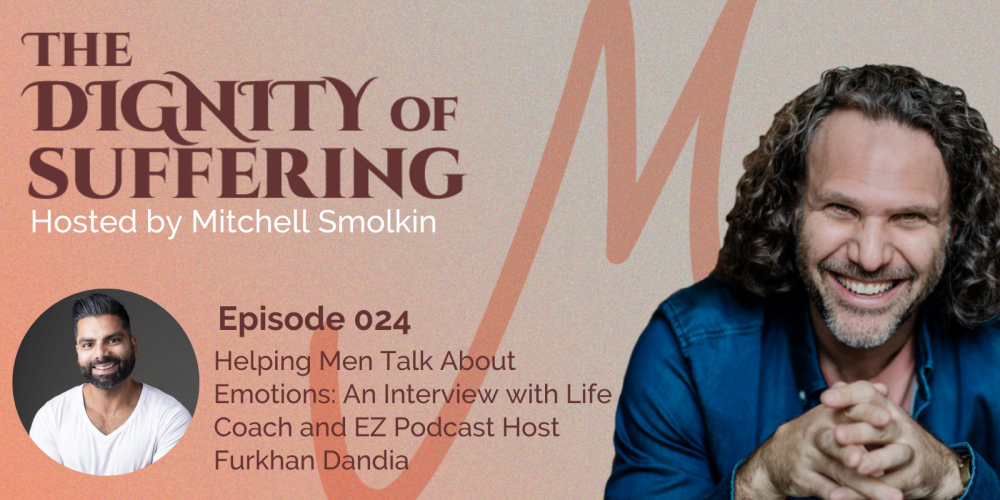 This conversation today is quite a close topic to my heart. I interview podcaster and life coach Furkhan Dandia who left the corporate world as an engineer and had this realization in his life that it would be important for him to devote his energies and his time to helping facilitate conversations between men.

As you’ll hear in the podcast, I feel in some ways like I had the privilege of going to a high school that was focused on the arts and theatre. In many ways, the stigmas around talking, especially between men, were confronted quite early on. But obviously, that isn’t the case in so many parts of society.

Furthermore, we have to be sure that we do not lump all societies together. This idea of talking about our inner lives and putting language to our experiences has such an incredible range around the world. It’s very important, I think, not to jump to any kind of ethnocentricity around it, meaning we have to be careful not to look at other cultures through our own lenses. In many ways, because the podcasting world tends to reach a bit more of a Western audience, we exclude (I think to our detriment) the range of ways that masculinity expresses itself around the world. I like that theme in Furkhan’s and my discussion today.

There’s a great need to foster and facilitate conversation, not in any kind of positional way that would suggest that there is anyone way of being, but when it comes to the fractures of emigration and of moving, which I’ve spoken about quite often in this podcast. At that stage, there becomes a need to facilitate the exploration of one’s experience. That is something I see clinically all the time.

So I hope you enjoy my conversation with Furkhan. I think the world is a better place with people like him who have taken up the mantle in their life of challenging patriarchal ideas, challenging old social norms, recognizing a significant difference between the thrust of his own life which may be culturally informed by certain gender stereotypes, and digging deep and making space for other men. I really liked the generosity of energy and spirit he has and I hope you’ll check out his podcast, EZ Conversations, and let anyone you know, know about his work in case it would be helpful.

Without further ado, here is my interview about men talking with men.