How to Embrace the Art of Suffering without Becoming a Miserable Person: What Buddhism Teaches Us About Our Relationship with Strife 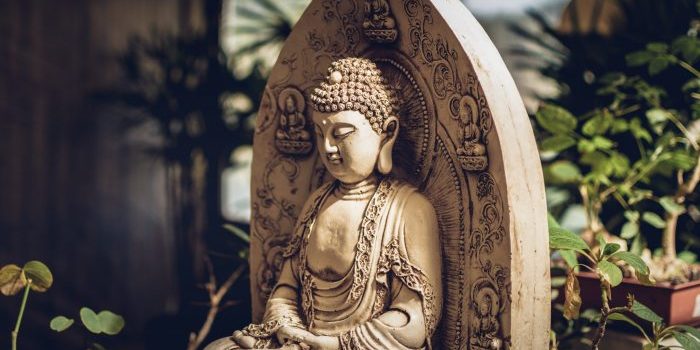 You may have heard a phrase supposedly attributed to Buddhism: “Life is suffering.”

It came to my mind recently when thinking through the concept of my podcast. As soon as it did, however, I immediately realized that it must be a gross oversimplification.

As a result, I was inspired to reach out to an old friend. Dr. Sean Smith is now an Assistant Professor of Philosophy and I knew that he would have strong opinions on this matter.

Sean did not disappoint. He helped me understand just how oversimplified Buddhist thoughts have become in our society. Not to denigrate all of the ways that these ideas have been operationalized in the west in the form of mindfulness, stress reduction, and apps focused on meditation, but Buddhism at its core is a radical and sophisticated set of beliefs that Sean vehemently defines as a religion and not just a philosophy. He underscores the essence of what it actually means to attempt to give up one’s attachments.

The Radical Beliefs of Buddhism

Buddhists have a particular stance towards what the average person would consider normal displays of emotion in the face of life’s challenges. Sean shares parables that illustrate just how radical the Buddha was in advocating for a dispassionate view towards such demanding life experiences such as loss and even our joys. The ultimate goal is to distance oneself from the vicissitudes of emotional reactions to everyday events; it should be expected that if we come into being through cause and effect that the opposite is inevitable and frankly uninteresting from an emotional standpoint.

Additionally, most of the Western world believes that the problem of death is separation. In some schools of thought, we solve this problem by saying that if we do certain things or are good enough we will go to heaven. Once there, we will have eternal life and not have to face separation from God or our loved ones.

In Buddhist thought, however, the problem of death is cyclic. They don’t believe that death brings separation but rather that it continues an unbroken chain of cyclical rebirth. This greatly expands the notion of one relinquishing one’s attachments as the process is tied to an infinite series of evolutions. One might assume the opportunity to be reborn is a new lease on life, but the Buddhists are greatly humbled by the task of having to once again go through the life cycle and this also ties to justice, where justice delayed in one lifetime is pushed forward, most commonly understood in the notion of Karma which has entered the popular discourse; Sean wonders if this is actually the problem that the idea of cyclical existence was trying to solve in the first place.

The Inevitability and Irreducibility of Suffering

In many ways as a result of this view on the temporal nature of our lives, both suffering and joy are understood as very ordinary aspects of our everyday existence.

Therefore suffering is inevitable and we must cultivate a critical distance to these vicissitudes, not getting lulled in their specialness; our world is naturally a world of suffering and joy in equal measure.

If you want to learn more about what Buddhism teaches us about the art of suffering, check out Episode 003: The Art of Suffering: A Closer Look at Buddhism’s Contributions to Our Relationship with Strife, an Interview with Assistant Professor of Philosophy Dr. Sean Smith.