The Inorganic Nature of Love 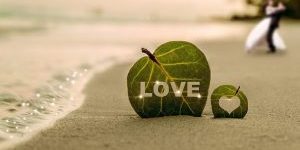 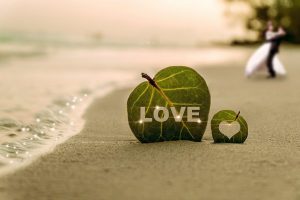 “What is a relationship if not the evolution of learning about what somebody needs…The fact that we need to go through a process of working on some of our inferior muscles to be better caregivers, of course, it’s unnatural, that’s intimacy, that’s learning to love someone.”

The Dignity of Suffering Podcast, Episode 6

So often, people have looked up at me in my practice and said “I just don’t feel like faking it, it wouldn’t be me”. I’m thinking of a recent couple that I have seen, and one of the partners, as I was helping them open up emotionally, consistently looked at me and told me how unnatural it felt. This can lead to an understandable panic…we all want to feel like our relationships flow, that our instincts to love come from the heart and our own innate decisions.

Certainly, as I help couples get better at reaching for affection, I notice that certain instincts kick in in very natural ways, but this idea puzzles me on the surface, that we would baulk at the idea that the ways that we need to take care of our partners may involve putting us outside of our comfort zones. It seems that there is such a strong impulse at the beginning of relationships to bask in how seamless it feels. How many times have you heard someone talk about chemistry or that first date that went on forever? People routinely say things like “it was so refreshing, we just clicked” or “I had just come out of a relationship and wasn’t going to get into one when we met and the way things just unfolded so naturally, it was amazing”. No wonder then, that as we really have to learn about who someone is, this immensely challenges our initial projections.

And yet, does it not just make immediate sense that the process of failing time and time again in relationships is a process of learning? We make an attempt, what the French call an “essay”, based on the information at hand and we find out if it works. I remember once my wife bought me a set of three ties for an occasion. Little did she know I was very particular about which ties I wore, it would be difficult for me to even go shopping for them and find something I liked. I had a choice when she gave them to me. I could have played a role and nodded and said I love them…and then go on to never wear them, or, as I did, I told her that I was touched at the thoughtfulness but also told her that I was very particular. I went to the store and exchanged them for ones that spoke to me.

Truth be told, she was hurt. I think she said something like “well, I’m never buying you ties again”. I’m sure many of you could recognize yourselves in this story (at least I hope so). Looking back, I see that moment as a result of an early process in our relationship, the first disappointments and hurts, and they can stay around for a while (as my wife liked to remind me)…but I strongly believe, and this certainly was the case for us, that if you can go through those fiery hoops and tolerate the pain of getting it wrong, of putting yourself out there and taking risks only to realize you misjudged something, then from those incidents emerges subjectivity and a more nuanced picture of who your partner is.

In psychology, we talk a great deal about the demise of the ideal. It is a process particularly in developmental psychology where children naturally see their parents in the beginning as perfect, which is why they get so upset when they lose connection with them; they are losing the connection with their exquisitely loving and all giving caregivers. As life moves forward, these relationships need to face all kinds of disappointments so that the actual character of the parent comes into focus but more importantly, so a good enough version of the world can emerge.

Similarly, the reason we often throw ourselves into love with wild abandon is because we feel completed by another. I am not saying anything new, the honeymoon phase is a concept well established in our language. What I am specifically advocating for though is a reframe of the idea that love should feel natural. On a certain level, the ways that we respond organically are true, and there are deeper levels of a relationship where this can be not only restored, but strengthened, but that is for a future article. What I am taking aim at here is the fallacy that when we have to stretch ourselves for another, it indicates something is wrong. Long term relationships actually require us to tolerate a high degree of disorientation and learning.

I’ll give the final word to my 10-year-old son, who shared his sage wisdom at lunch today. We were sitting in the sun on a patio eating Indian food. My wife said casually “I’m really hot”. Not willing to give up the opportunity to make a dad joke, I naturally exclaimed “That’s why I married you”. My son piped up and said, “That’s not true, if you had married her just because she was hot, your relationship wouldn’t have lasted”. My wife and I broke into laughter at his prescient comment. He continued “no, I’m serious, you can’t just marry someone for their looks, if you want the relationship to last, you had to have married her for her personality”.