Your Superpower and How It Saved Your Life 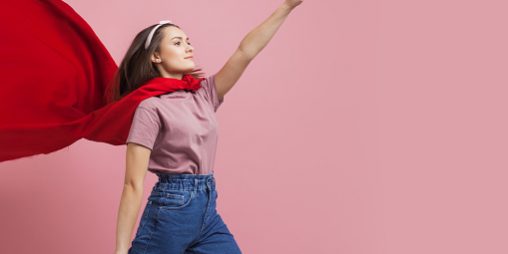 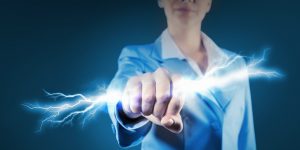 I was born in a thunderstorm

I grew up overnight

I played on my own

I wanted everything I never had

I wore envy and I hated that

This past week was a momentous occasion. I interviewed Dr Gabor Maté on the heels of the release of a film chronicling his work entitled “The Wisdom of Trauma”. One of the most touching images shows Maté embracing a man who he is helping working through deep pain. By the time this article is published, Maté will have interviewed the singer Sia, who reached out to him after catching wind of this project and it is no surprise she did, if you listen to the lyrics of her music, she is a fighter and one compassionate woman. What they both share is this capacity to reach

into the pain of others and raise the hatred that we often feel towards ourselves to the heights of dignity and understanding.

Each of us spends the firsts parts of our lives orienting around our environments in whatever ways helps us survive. Some of us have to work harder than others. If you listen to my podcast this week, you will hear Maté say as much when he simply states the fact that if you treat children well, they turn out ok. In the film there are many powerful scenes with inmates opening up about the harsh realities of their childhoods, including loss, violence, and chronic maltreatment; many of them never stood a chance. One man who must now be in his 40s, in prison for life, reflects on having murdered at the age of 20, and wonders out loud what had brought him to commit such a heinous crime, but when you slow things down, how could things have gone any other way when no light was shone to a young child whatsoever.

Some of us develop superpowers that insulate us from our pain and for which society rewards us. We might become hyper-vigilant and suspicious of others and make a great lawyer or stock trader, able to anticipate a counter-argument in a split second or the fluctuations of the stock market. Another person might be able to dissociate so vehemently from their emotions and become a doctor with a special skill for putting one’s feelings aside and being there for others. Or we might know the pain of loss and pour copious amounts of love into our children trying to prevent them from ever feeling pain, perhaps at the expense of our career and ambitions. The Swish psychiatrist Carl Jung observed this phenomenon as well when he described the ways that we become one-sided in our lives and attitudes and in fact he advocated for a lifelong process of trying to counter this by exploring all aspects of our psychological experience.

What crystalizes Maté’s work and that of his contemporaries is a fundamentally benevolent view of the defensive capacities of the human being. What makes this distinct is a shift from a more patriarchal and harsh view of human development versus a fundamental understanding that even in the most extreme circumstances, such as when young people are driven to commit horrible crimes or when politicians are driven to wage horrific wars, that these decisions are driven by a deep need to get away from pain. Sometimes, as Maté chronicled in his bestselling book “In the Realm of the Hungry Ghosts”, it can be more benign such as his obsession with buying classical music while having his patients wait for him at the hospital, sometimes while they were going into labour. Other times the ways that we try to save ourselves can have dramatic consequences on ourselves and others.

At the core though is our shared need to feel safe and to find that whatever the cost. In another one of Sia’s songs, Chandelier, she writes: “Sun is up, I’m a mess Gotta get out now, gotta run from this here comes the shame, here comes the shame”. The morning after we realize that our best friend and inner protector has once again caused us to do something to alienate ourselves from ourselves…and the shame. Perhaps if we are all a little more honest, a little more courageous, and a little more compassionate, we can soften the edges around the attempts we have made to survive, come into contact with the truth of why we have had to shield ourselves and develop a deep love for the parts of us that need a home so we don’t have to keep running so fast. That is my wish.